I came to Japan from New Zealand as an English teacher 5 years ago, and having always had an interest in fashion I started to pay attention to the way people dressed while exploring the streets of Tokyo. I noticed that all the usual luxury brands such as Louis Vuitton, Guchi, etc. were popular, however one particular brand that caught my eye was that of a simplistic, yet stylish product. I instantly took note of the brand name, ‘PORTER’, and on closer inspection it seemed that almost everyone was in possession of a ‘PORTER’ product in one shape or another, whether that product was a ‘satchel’, ‘carry bag’, or ‘wallet’. At first, like most of the other popular luggage labels in Tokyo, I thought that this product was most likely European or American. Either way, it wasn't long before owning a ‘PORTER’ product became one of my top priorities. 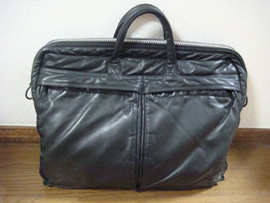 Soon upon returning back to my apartment I switched on my computer, and by searching ‘Google’ I set about trying to find out as much as I could about this brand I had just discovered. I was pleasantly surprised to find that the brand was made by a Japanese company known as ‘Yoshida Kaban’, and that all products were made in Japan. Being well aware of the quality and workmanship that goes into Japanese products, this convinced me even more that I needed to own a ‘Yoshida Kaban’ product.

From the website, www.yoshidakaban.com, I was able to learn that the closest stockist was a ‘Kurachika Yoshida’ store in the Marunouchi Building near Tokyo station. I made my way to Tokyo station, and upon entering this store I was overwhelmed by the level of customer service, and saw over half a dozen items that I was itching to buy. However, the one that called out to me was a leather 2-way briefcase. From the lining to the stitching to the quality of the leather it was impossible to find a reason not to buy this stylish leather bag. Priced at around￥50,000（US＄855,1US$=￥85）, this bag could not be regarded as cheap, however after hearing the shop clerk explain about the after sales service I soon gained the confidence I needed to make the final purchase, knowing I would be using this bag for many years to come. It was then that the shop clerk introduced me to the expression ‘一針入魂’ (Hitoharinyuukon), which can be directly translated as ‘putting your soul into every stitch’. From that moment on I became a major fan of Yoshida products. 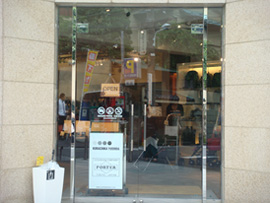 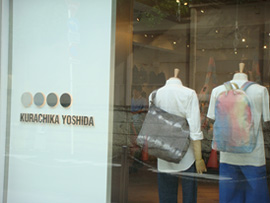 It should be noted here that the level of service is quite different from my native land of New Zealand. While the shop staff in New Zealand are usually somewhat friendlier, the shop staff in Japan are generally better trained, and thus more knowledgeable and professional. In terms of Yoshida Kaban in the Marunouchi Building near Tokyo Station, the staff were very polite in greeting us as we entered and exited the store, however failed to engage us in conversation as we were perusing the Yoshida Kaban collection. To be honest, I must admit that I enjoyed the opportunity of being able to take my time without the hassle of being bothered by over eager sales staff. It did however appear as though the staff were either unable or unwilling to speak in English, and therefore while Yoshida Kaban may be successful in targeting the foreign residents of Japan, they may have difficulty in penetrating the lucrative tourist market. I hence recommend that the staff be trained in basic English communication, with the goal of being able to describe the ‘PORTER’ series in English. 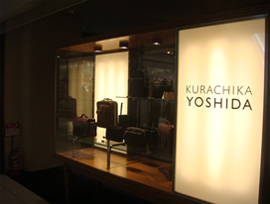 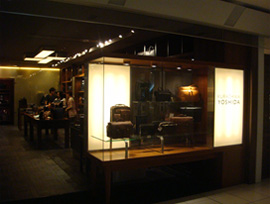 In terms of the bag I described above, I have now been using it for over two years, and with a bit of tender loving care it is still in impeccable condition. I am now the proud owner of several Yoshida products, however my collection is still incomplete. Yoshida products are also gaining popularity amongst the foreign community in Japan, with a number of my friends and colleagues now toting the latest Yoshida designs. I hope that people from all over the world will also discover the greatness of Yoshida Kaban.