Vol.5 Readily Available or a luxury- the leather culture difference between Korea and Japan. 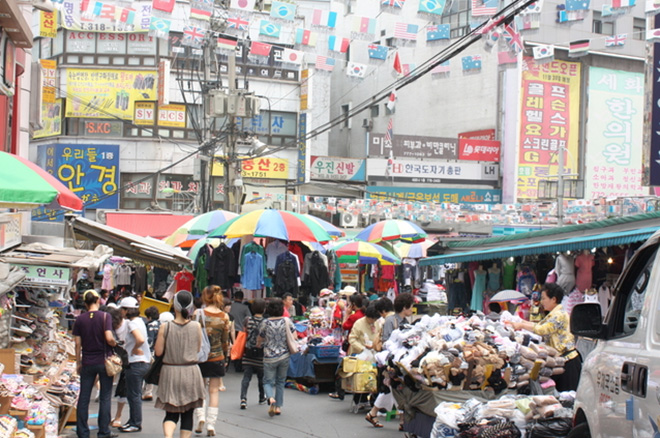 Itaewon is a famous shopping are in Korea well known for their leathers. (At least while I was there.)  There are a few US military bases in Itaewon so many tailors set up to accommodate them there, and that was followed by leather wholesalers.
Even now, when you go to Itaewon you will be asked, “Would you like some clothes tailored?”

One day my friend and I encountered a leather wholesaler. They deal with leather products as well as run a tailor business.  Colourful leathers were rolled up like carpets and they were cheap!  My friend found his favourite colour, silver, among the rolls and was told that he can have any product he likes made, as long as he buys the whole roll.

Each roll cost 40,000 yen back then. He hesitated at the cost, however it was still cheaper than Japan. My friend would often go back to the wholesaler to see how much leather he had left out of his roll to see what he could make.  He also stated to look for someone who could share the cost of the roll with him.  He tried to convince me, and as a result I decided to have shorts made out of his roll.

The shorts are completely custom made, so that means you choose where to put pockets and the fastener. Needless to say, it is a perfect fit guaranteed. The tailoring only cost 10,000 yen.
In the end, he made two shorts and one pair of pants made out of the roll, and the co-purchasing of rolls becomes very popular among our friends. 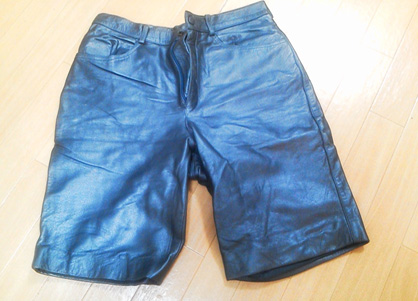 One day we went to the wholesaler wearing the shorts I made when the owner came up to us with an awkward expression and said to us, “Would you please not speak Japanese for a moment?”

We later found out that there were 3 Japanese buyers looking for leather.  The owner pretended that he had gone down on the price as low as he could go, but as it turns out he sold the leather to them for 3 times more than he did for us.  However, I still remember the Japanese buyers were so excited that it cost them 3 times cheaper than in Japan.  I have never bought leather in Japan, yet that experience leads me to believe that Japanese leather products would be quite expensive.

You may know already, if you’ve been to Korea before, that the definition of “market” between Japan and Korea is quite different.  In Japan the “market” is only for wholesalers.  In Korea the “market” is a part of their lifestyle, and this helps to uncover great bargains, like the one we experienced.

Personally I have been using a rather expensive leather bag for 4 years now that was made in Japan, and I have to admit that the quality is much better. The longer you use it, the better the bag gets.  Yet, I have to admit that I would like to have another custom made leather product from Korea if I had the chance again.

Each country has their own culture, and that culture even applies to their leather products.  In Korea leather goods are considered as disposable items seeing that they are so affordable.  On the other hand, Japanese leather goods are so expensive that you keep them for as long as possible.  The attitude from each cultural perspective is quite different from each other.

By the way, the tailored shorts I made have not been out of the closed for quite a while, admitting that I have gained weight and they don’t fit anymore.