Vol.13 As tough as leather

Hello, I am Allan. I come from Vancouver, Canada. It is very beautiful there and is the sister city of Yokohama. Tokyo's winters are milder, but Vancouver's summers are much more pleasant: 25C with low humidity.

I am an English teacher and writer. I first came to Japan about 30 years ago as part of a tour of Asia - I visited Hong Kong, Thailand, Malaysia, Indonesia, Nepal. India and then came to Tokyo. I certainly had no plans to stay because there were so many opposites: Japan was crowded, conformist and not very friendly to vegetarians. But, Japan has a long history and a deep culture. As one of my friends said (I wish I had): "Scratch the steel and find bamboo." It is the "wabisabi" aspect of Japan that has kept me here - as well as my wife and two lovely daughters. They fit me like a glove. 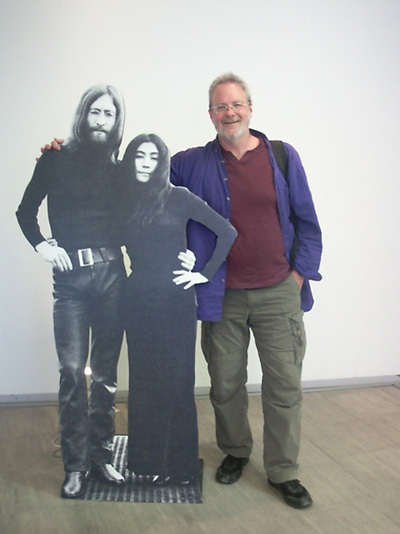 I first realized the special quality of leather when I was about 16. I spent the summer working as a carpenter on an island between Vancouver and Victoria. My uncle gave me an old pair of leather gloves. They were well worn in. They were strong and soft - and this is what impresses me about leather: strength and flexibility. I hammered nails, sawed wood, poured concrete and my hands were well protected - except for the time when I hit my thumb instead of a nail. There are some things even a pair of strong leathers gloves can't do.

My carpentry experiences taught me about leather's qualities. Then, a couple of years later in my university archaeology classes, I learned the importance of leather in ancient societies: for clothing, footwear, shelter, belts and even boats and containers of liquids. The durability of leather has improved human lives considerably. Buckskins.

But leather is blessed with another quality: pliability. Kid gloves (gloves made of young goat or lambskin) became fashionable in Britain in the 1830s. They were soft and elegant gloves for gentlemen.
So, when a topic arose that required delicacy: a divorce, money that was owed and a variety of other social issues it said that the matter must be treated with kid gloves. In addition, when it comes to diplomacy, territorial issues and so on must be treated with kid gloves.


I don't have my carpenter's gloves any longer. Twenty years ago, my wife and I visited Vancouver to spend Christmas with my parents. It was cold that winter and it snowed. My father gave me a pair of fleece-lined gloves because I hadn't brought any with me. My father passed away some years ago but the gloves remain. The gloves are warm, soft and strong - just like my Dad. 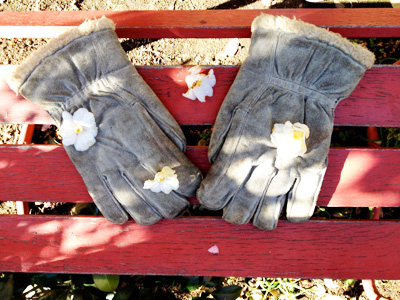 « Vol.14 Traveling life lightly: A Permaculture Designer's experience with Japanese leather | Vol.12 In France, taking off shoes is the same as taking off clothes »